This is my new favorite word – bleak. Bleakness works too. The state of being bleak. According to dictionary.com bleak means:

I feel hopeless, depressed, dreary in my soul, and I lack any encouragement to believe the future will get better.

Such a great word. When my sister was doing her time in the hospital we chose bleak to describe the scene outside her window. It was bleak indeed. She had full view of the hospital’s air conditioning duct-work in all its filthy, gray glory. When the sun shone, its rays reflected off the dirty metal and were directed through her dingy windows. It’s a shame hospitals don’t clean patient room windows.

One rainy day when her depression was at a low place, I sprang into action and insisted we move her. If she must spend her final days in a hospital at least give her a tree to look at. Her new room was the balls. She had a view of a Victorian house’s rooftop and several treetops.

Sadly, however, the bleakness followed us. That’s the thing about bleakness, it clings to one’s skin like tar and has to be scraped off with a dull, rusty blade. Most uncomfortable.

So, my sister is still gone. I know, I know, she died, and what was I expecting, for her to suddenly appear in all her pink-lipsticked glory and say, “Surprise, I was just fooling around with you. I’m still here!”?

As for the bleakness, it’s still here. Despite the arrival of the Winter Solstice, typically a magical time for me, one where I celebrate the return of the light, the darkness prevails.

The bleakness is holding tight.

However, life does continue on its track into the unforeseeable future and I do have a few river stories to share with you so let’s pull over and park this bleak train and spend some time on the Concord River.

This past Saturday, the first day of winter, I was at my table tending to some bleak tasks regarding my sister’s meager estate and my ducks were happily eating their corn on the beach outside my window.

Then what to my wondering ears should I hear but a sharp sound from outside my window and the ducks took off like bats fleeing Hades. My brain ignored the sound and I thought the Eagle had come by for a snack. 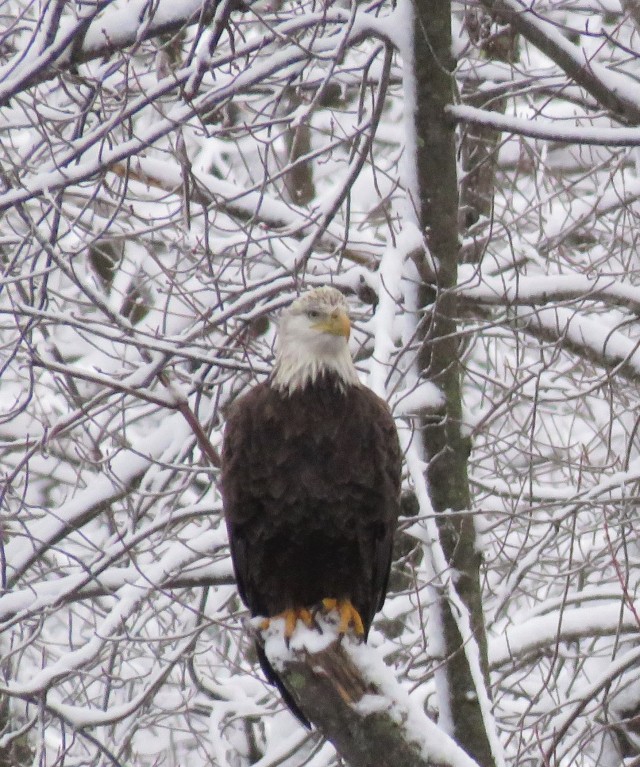 You can imagine my surprise as I scanned the bank opposite my property to see a man dressed in green camo aiming a rifle with a huge-ass scope at my property.

The moron hightailed his white ass up the embankment and ran into the woods and I called 911. Soon, well, not too soon, let me say, later, a police cruiser rolled up and a polite officer came by for a chat. This is how it played out.

Officer: What seems to be the problem?

Me: (I had exchanged my bathroom and slippers for a coat and boots. Cue Harlee barking from inside the house.) “Some guy was shooting at the ducks that were on my property.”

Me: Okay, but he can’t shoot at my property.

Me: I get that but he was aiming at my property.

Me: I understand but just because it’s duck hunting season he can’t fire at someone’s property. What if my dog had been outside.

Officer: Keep your dog inside until the season is over.

Me: When is that?

Me: What! Isn’t there a law about firing within certain feet of a residential building or something?

Officer: It’s duck hunting season. And it depends on what he was firing with.

Me: He had a huge ass rifle and he took at shot at my beach. One slight slip and he might have fired through my window.

Officer: Well, it’s duck hunting season. It all depends if he was shooting with a firearm he shouldn’t. If he comes back call us.

Me: What?????? He shot at my beach. Obviously he’s using a gun powerful enough to send bullets across the river.

Officer: Listen, all I can tell you is it’s duck hunting season. I’m not a hunter but people have the right to hunt. Try not to go outside on your property until the season is over and shoo the ducks away. That way nobody will shoot at your property. Call us if he comes back.

Time for a little levity.

Of course the eagles and the jerks in their camouflage gear who can’t read the regulations on the Mass Fish and Wildlife’s website aren’t the only predators the ducks need to watch out for.

The circle of life can be a very bleak circle indeed. 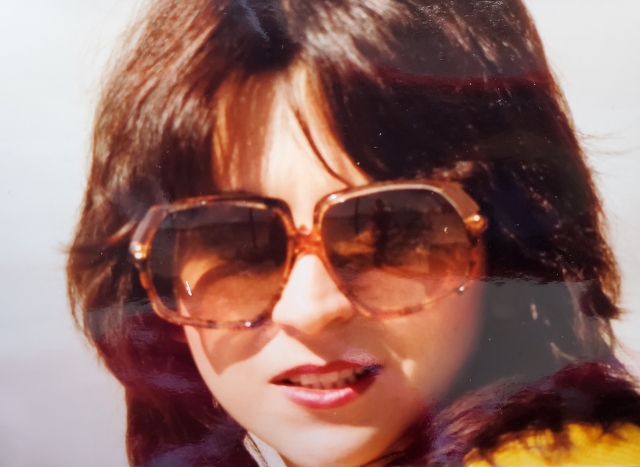 Wondering, searching, and wandering, I'm an earth witch with a desire to get it right in my lifetime. The flow of the river feeds my inner goddess and fuels my soul. Blessed be. :}
View all posts by tinthia →
This entry was posted in Life on the Concord River and tagged 2019 duck hunting, American eagles, animals, Billerica MA, bleakness, Blogger, blogs, depression, duck hunting in billerica, grief and mourning, hunting regulations, loss and death, Mass Fish and Wildlife, migration, mourning the death of my sister, ovarian cancer, photography, sisters. Bookmark the permalink.